A Season of First Races – What I’ve Learned

“I spoke with Richard earlier on and he said if he manages to overtake someone, that’ll be a good thing. I don’t see that happening today.”

These were the words of Mark Werrell commentating on the live video feed at my first race back in September 2015.

We’d spoken prior to the start and having made my inexperience perfectly clear to him I announced my only goal other than staying on the circuit: overtaking someone.

The first time I ever participated in a race, I wasn’t even remotely ready.

It was at Brands Hatch in the 2015 Radical SR1 Championship. I’d sat in a race seat for all of 3 days and frankly, learned little. Worse, I’d spun the car in testing the day before on my exit out of Clearways on a wet track. In front of actual spectators!

In a novice year there’s much to learn. 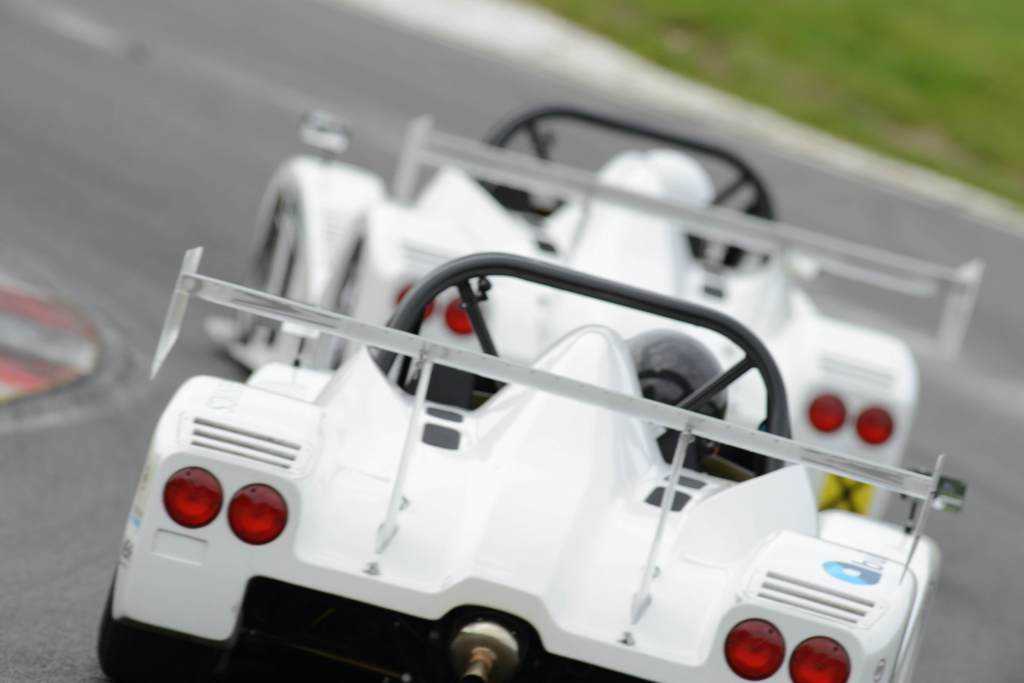 So far we’ve covered getting started, learning car handling, making the most out of your testing days, understanding basic setup and your first qualifying sessions.

Now, we’re ready to race. In theory. Here’s what I’ve learned, including my mistakes, so you don’t have to make them yourself.

Get Well Prepped By Making The Most of Your Data

Before the race session starts, make some time to review your qualifying video and some previous race footage (same track, same category if you can find it). If you’re headed into race 2 (or 3!) then you should have plenty of video footage to review with your coach to expose your mistakes.

I made so many mistakes in my first races.

Generally the feedback I took away from my prep sessions tended to include:

I always make a point of going to look at the assembly area when I arrive at a circuit. As I mentioned in my post on qualifying, every little bit of information helps. Where is the assembly area, how are the spaces arranged, what does the exit look like, where on the circuit will the assembly exit put you, and so on. 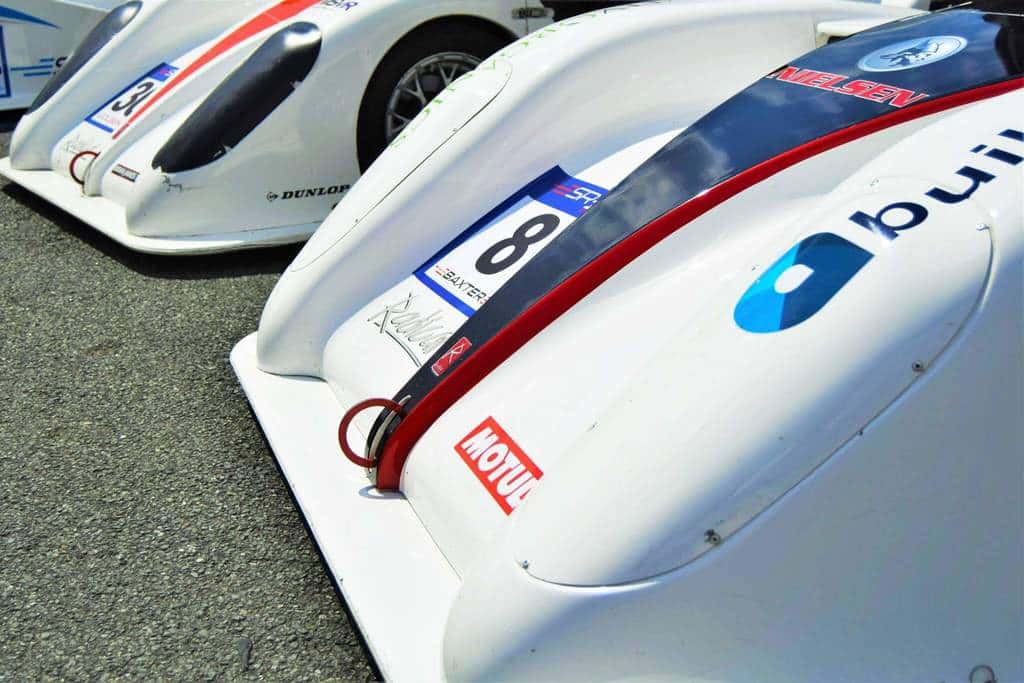 So I think there’s no harm in being prepared to head to the assembly area as soon as the preceding race has exited onto the grid. Find your position in the assembly area and then you have plenty of time to take in some fluid, belt up and get your gear on.

Remember to keep your engine temp in check while you’re sat waiting. When it’s time to exit the assembly area, the gates open and a Marshall will signal you in grid order. Depending on the circuit you’ll have a brief run to the grid.

If it’s a longer run to the grid, it might be an excellent opportunity to get some early information about the circuit conditions and get some heat in the tyres.

As you approach the grid, a Marshall will position you in your grid box. 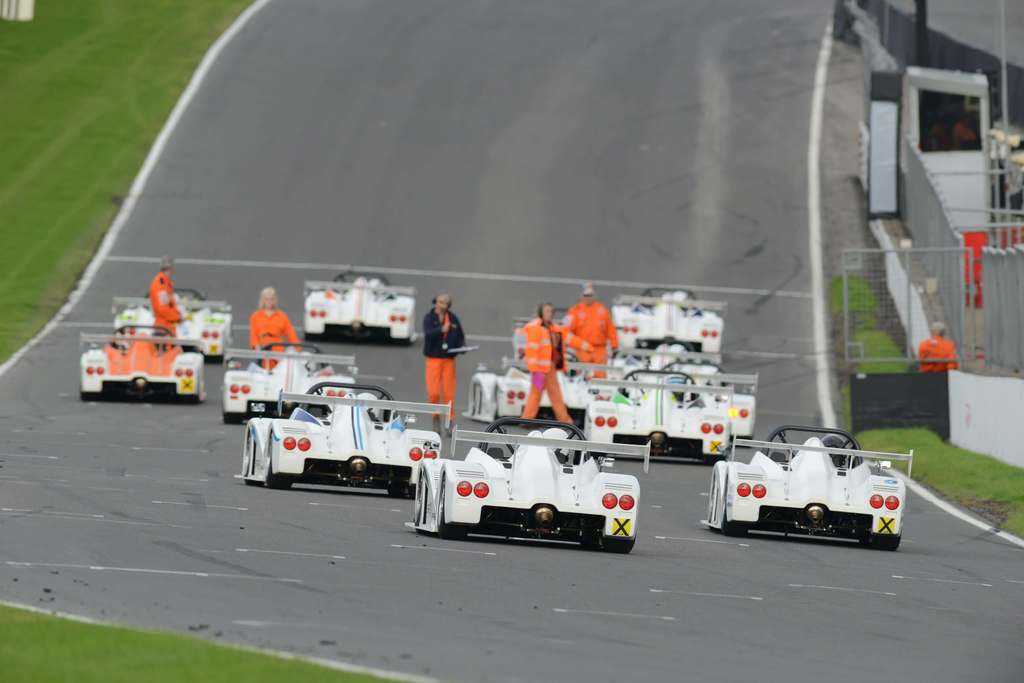 It’s time to remember where you are! Your grid slot position alone might not be in a particularly memorable spot, so look around you to see if there are features on the circuit or the pit wall you can use on your start 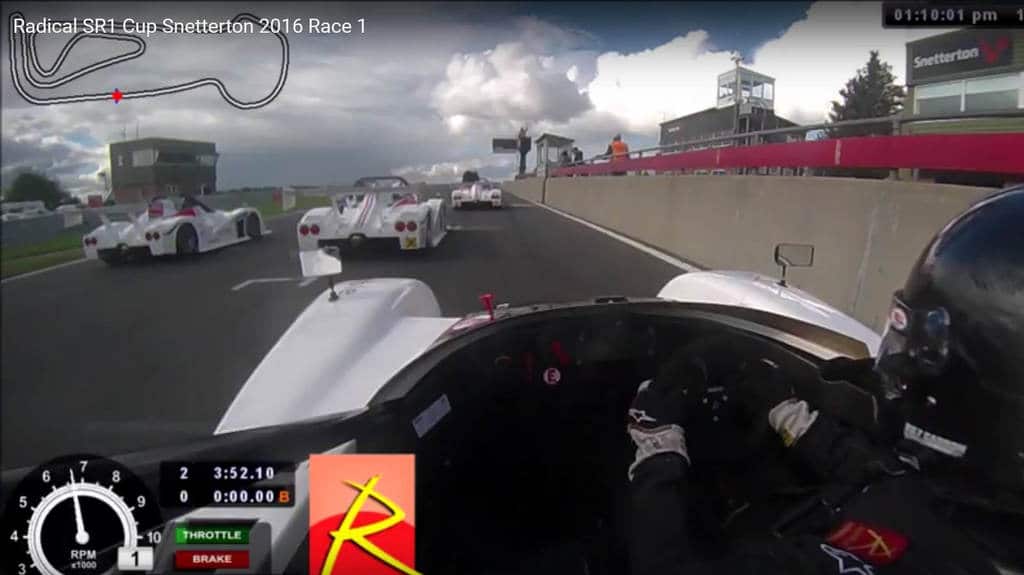 On the grid waiting for the green flag lap start. Holding high engine revs with the clutch at bite point ready to pull away.

As soon as the green flag is waved, you gradually release the clutch at a high rpm so that your engine stays at that rpm until your road speed matches the engine speed. By this stage you should have released the clutch and be on full throttle ready to shift into 2nd gear. Try to modulate the clutch in case of wheelspin rather than lifting off the throttle.

Remember how this procedure went so you know how to adjust it for a better race start.

This might give you an opportunity to think about how the cars around you will move at the beginning and where the gaps may appear.

On the green flag lap test for grip levels, warm your tyres (weaving, brakes, look for understeer or oversteer in each corner, take a mental note of the longitudinal loads for ultimate braking and throttle).

When the grid has formed again you’ll get at least 30 seconds warning before the lights go on. This is your moment to apply throttle and find the clutch bite. The red lights go on, and respond as quickly as you can to the red lights going off. 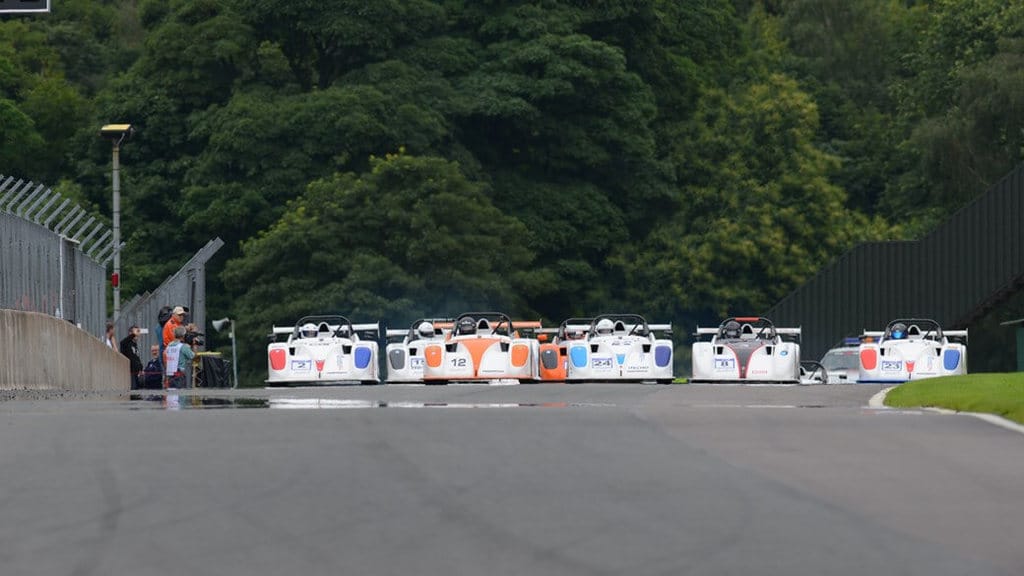 Keep the throttle pinned and never lift at race start!

Here’s one of my starts. There are quite a few mistakes. Notably, not moving over to the left to get a better entry into Riches (see our Snetterton track guide here) left the door open for someone to take a better line behind me and overtake on the exit:

Some of the worst decisions I’ve made are in the first two corners. This is where you’ll need to be looking for gaps to fill, defending and generally being on high alert.

In the race start above, I’d found myself pushing quite late into the inside of a corner, taking the wrong line and trying to get ahead in the entry with a compromised exit. This was mostly due to being beyond capacity; it’s incredibly nerve wracking at first and very easy to forget everything you’ve learned. 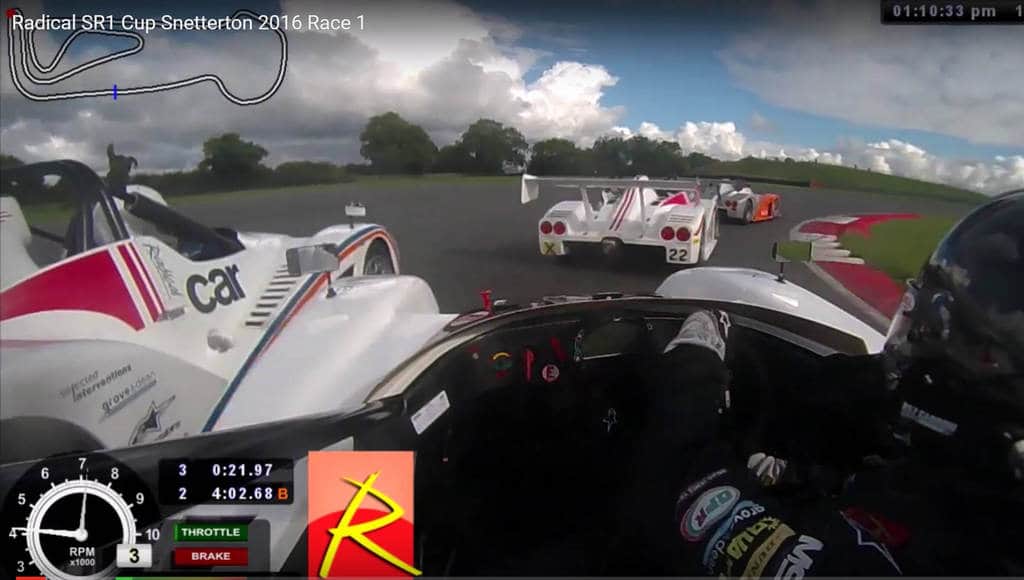 Very untidy corner entry with inevitable contact and a slow exit as a result.

This is potentially quite bad technique because you’re slowing yourself down and exposing yourself to needing to defend. This leaves you in a fight you don’t want to be in as the car ahead makes a gap. If you’re not already alongside someone just before the entry, go for a better exit, use the racing line as much as possible and try to build a gap between you and the car behind.

The race is long and it’s not won on the first lap. Take your time, smooth things out, focus on the best exits your can get to get alongside the car ahead well before the next corner.

My breakthrough this year was my mental approach. I scored a few podiums (although no wins) but that wouldn’t have been possible without me getting my head straight during a race.

Instead of getting nervous and building things up in my mind, I decided to learn to relax and treat the session just like a test. Drive lots of fast, smooth laps. Forget about everyone else and drive your own race. Good luck in your first race!