How to Drive Without Traction Control in F1 2021

Traction Control is a big topic of discussion within the F1 community. The realism and driveability of an F1 car in the F1 2021 game can depend heavily on what TC setting you go for. In almost all modern road cars, Traction Control is an outright necessity as it is proven to recover traction and increase car control in slippery conditions. 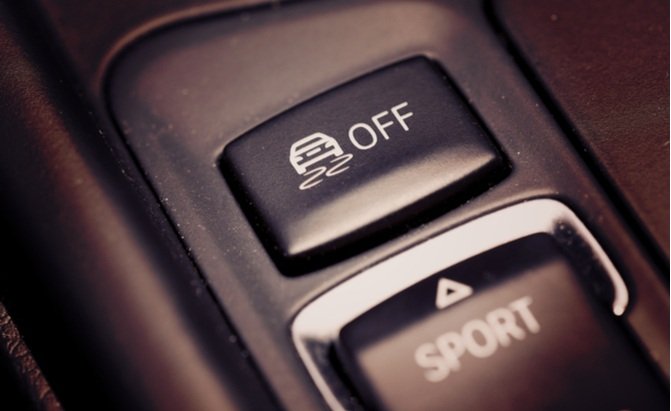 In F1 however, Traction Control is banned. From 2008, traction control was removed to increase driving difficulty and to make the sport more exciting for both fans and drivers. The ‘realism’ aspect of the game, therefore, suggests that TC should be turned off to mimic real-world driving conditions.

It isn’t quite this simple though. For new and inexperienced drivers to the F1 games, turning TC off can seem like an impossible task and takes a lot of time and practice to perfect.

How does Traction Control actually work?

Traction Control is an electronic system that limits the amount of power from the engine to stop the car from losing traction to the driving wheels (in F1 these are the rear wheels). Wheelspin happens when the car has more power than the tyres can physically provide grip for. 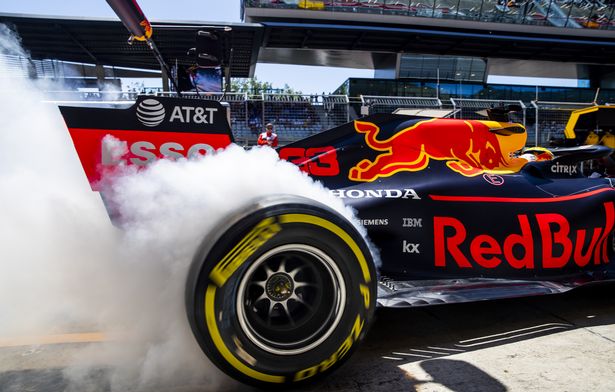 You have more than likely felt this in your road car when the road conditions have been greasy. You put your foot down hard on the accelerator and the car doesn’t want to go. This is because the output power/torque from the engine is trying to rotate the driving wheels faster than conditions allow for. Traction Control will then cut in, stopping you from accelerating further until the tyres find grip.

Traction control was introduced as a safety measure in road cars to help drivers improve car control in slippery conditions. TC can be found in some forms of motorsport, such as GT and closed-wheel racing, but is not permitted in F1.

In the F1 2021 game, TC is available in 3 different settings, Full, Medium and Off. With ‘Full’ being the maximum TC setting and ‘Off’ being completely off.

Why is driving without TC better?

Despite making an F1 car more difficult to drive, turning TC off provides a number of significant performance benefits.

Most notably, turning TC off will allow you to better accelerate and control the car at corner exit. Especially in slow turns. When Traction Control is enabled, the car can limit the amount of power given to the rear wheels to stop them from spinning. Meaning, the car is not using its full potential of power when the accelerator is pressed. Turning TC off will allow you to decide how much and exactly when the cars full power should be used, which would have been otherwise limited. 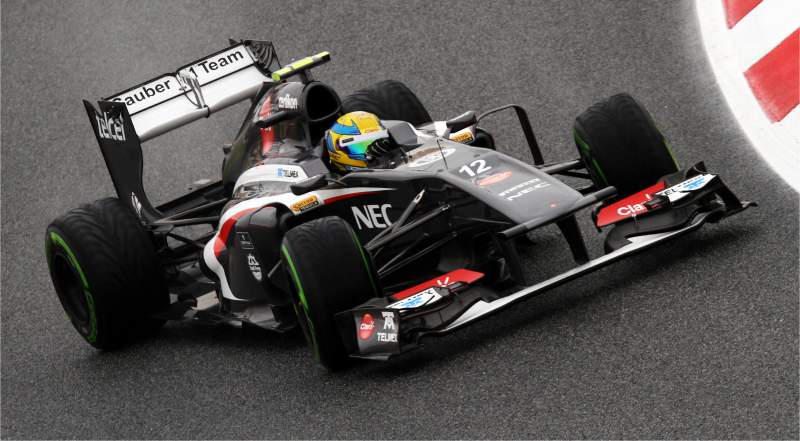 Driving without TC can take some getting used to, but the underlying result is that Traction Control OFF is faster than Traction Control ON. All top-level Sim racers will strongly advise turning TC off if you want to reach those alien level times. As mentioned before, your acceleration out of slow-speed corners will now be used to its full potential and not limited by the cars Traction Control.

Traction Control has a direct effect on tyre wear and degradation. A high TC setting will stop almost all wheel spin and will help save tyre life, however, an experienced driver with TC off will be able to better manage their tyres rather than relying on the traction control settings. Using careful throttle application; driving without TC has been shown to improve tyre life whilst maintaining consistently fast lap times.

How to be fast without Traction Control in F1 2021

Top Tips for Driving without Traction Control in F1 2021

There are several techniques to consider when learning to drive with TC turned off. Below are our top 5 tips for driving quickly without TC. 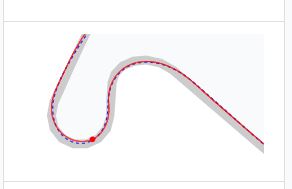 Pedal Control – The most obvious point to consider is that your throttle control now needs to be incredibly sensitive and gradual. In low gears, an F1 car has a lot of torque and can easily spin the wheels in 3rd and 4th gear. Therefore, in slow corners where 1st, 2nd, 3rd and 4th gear are used, you must gradually squeeze onto the throttle to keep the rear from spinning. Also bear in mind that driving in wet conditions will exaggerate this effect, resulting in an even more gradual throttle press.

Graph to show Throttle Application in a slow speed corner. Red – too hard too early, having to lift because of wheel spin. Blue – the ideal acceleration, later and more gradual.

High vs Low Speed Corners – As mentioned above, Traction Control has its biggest effect in slow-speed corners, so make notes on each circuit where these corners are and focus on keeping the rear wheels from spinning. The key is to have the car on the limit of adhesion without losing traction. This will take some time and practice to get used to. High-speed corners are less important as the car has less available torque, making it unlikely to break traction.

Aerodynamics – In F1, the car generates a huge amount of downforce. This downforce is caused by the air flowing over the surface of the car body and pushing it into the ground. At high speeds, the downforce is much larger than at low speeds. This means that you can be more aggressive on the throttle in high-speed corners and not need to worry about losing rear traction. Slower corners equal less downforce and therefore less grip, which again means you need to be patient and progressive on the throttle.

Short Shifting – a common technique in F1 to avoid wheel spin; short-shifting is the process of changing up the gears before reaching the RPM redline. This means that the car is not using its full amount of power and can therefore eliminate the rear wheels from spinning. By using this technique, you can apply the throttle pedal quicker and more aggressively whilst still maintaining rear-end stability. For example, in a very slow speed, 1st gear corner, you might want to avoid 1st gear altogether and pull away in 2nd with a short shift to 3rd, enabling you to keep rear traction whilst accelerating hard.

Vehicle Setup – if you find yourself struggling to keep the rear wheels from lighting up, then there are several vehicle setup changes you can make to help keep rear traction. Bear in mind though that making changes to the rear setup can have a knock-on effect to the front of the car.

Turning Traction Control off in-game is a fairly simple process.

Open the game, in the main menu screen, select ‘Assists’, from here move to the ‘Standard’ tab and scroll down to ‘Traction Control’. Now you can select between the three TC modes ‘Off’, ‘Medium’ and ‘Full’ 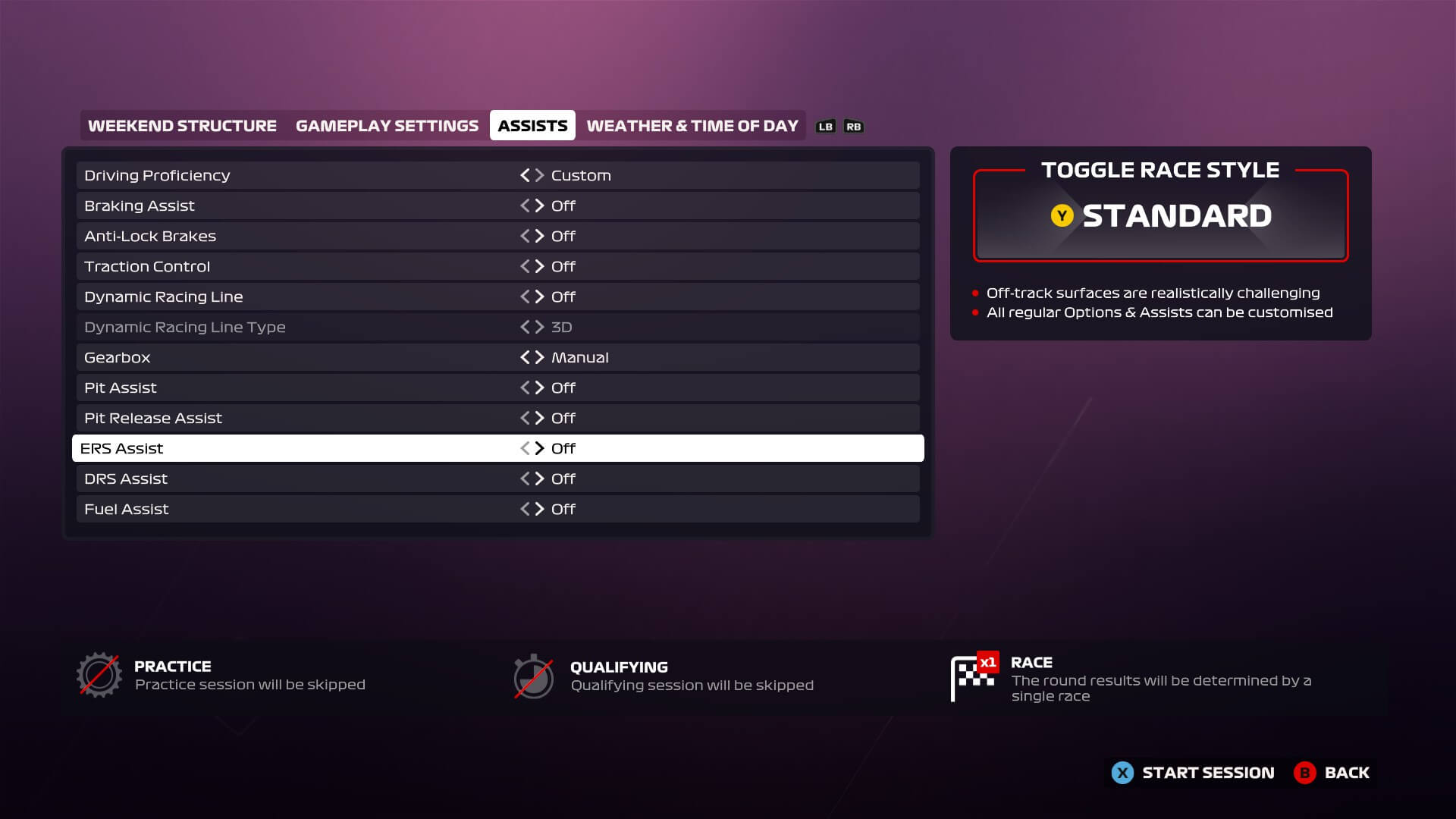 Like with all forms of Motorsport, making changes to vehicle setups can take time to get used to. Practice does make perfect and as mentioned throughout this article, there is a significant performance advantage to driving without Traction Control.

Find a circuit you know well, turn TC to Medium and try it out. When you gain some confidence, make the step to turn it off and set some laps. Focus heavily on progression and patience with the throttle. Finding the limits of grip at slow speed corners is the key to maximising acceleration. Once you start to become more comfortable with the technique, the process will become muscle memory and the amount of throttle you apply will come second nature.

As always, if you liked this article, or think there is something we could have improved on, then please let us know below.