What are Track Limits in Circuit Racing

I’m sure you have heard the phrase “track limits” and it was a frequent topic of conversation and debate during the 2020 Formula 1 season.

However, track limits do not just apply in Formula 1, since around 2015 the focus on and enforcement of track limits has been part of club racing and track days in the UK.

Many drivers have found that breaking track limit rules have resulted in time penalties and black flags.

Track limits are now being applied to iRacing and other Sim platforms as well so this article will explain; 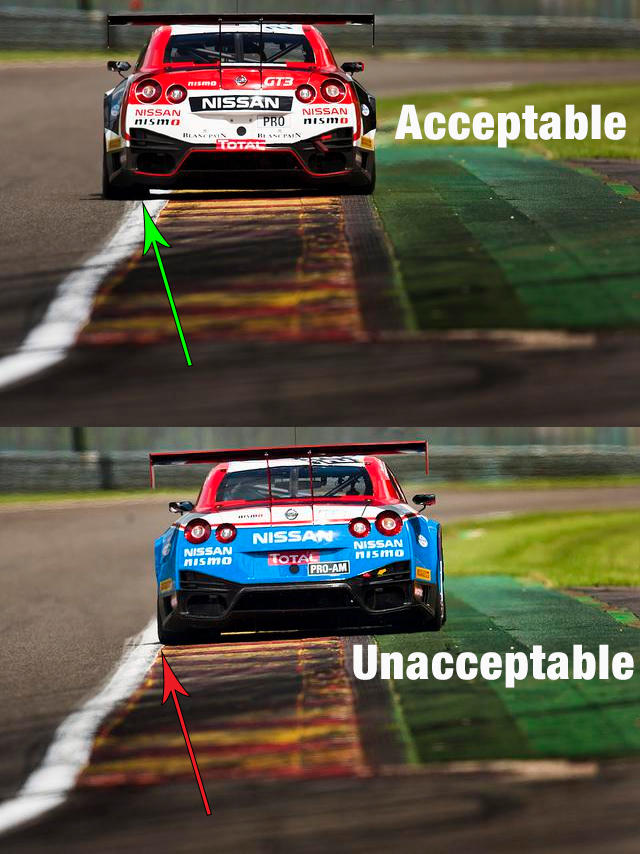 Track Limits are enforced to ensure that no driver gains an unfair advantage by either cutting the track or by using excessive runoff areas.

What are Track Limit Rules?

Unfortunately, there is no clear cut definition for ‘track limits’ that applies to all circuits and championships. Many circuits have different ‘track specific’ rules when it comes to defining the circuit edge. These rules will always be explained to the drivers either within a drivers briefing (a meeting at the beginning of a race event) or within the regulations provided for a specific track and championship.

There will also be different rules within championships, for example, F1 track limit rules are not the same as the track limits for the World Touring Car championship. Luckily, however, for Sim racing, track limits are pretty straight forward, they are either on or off. Usually, within all high levels of E-Sports, track limits are always enforced so it is important to understand how they are being enforced.

In UK motorsport the MSA (Motor Sports Association) declare that a “Driver must use the track at all times and may not leave the track without justifiable reason. The white lines defining the track edges are considered to be part of the track. A driver will be judged to have left the track if any wheel of the car goes beyond this line”. The regulations also state that kerbs can be included within these limits. However, what defines the useable kerb is not always clear!

In Sim racing, finding the track limits is usually a trial and error experiment which can be easily tested in a free-practice session. In iRacing, GT Sport and other racing platforms, the track limits are always consistent. Meaning, no matter what car, or what session you are in, the track limits will always be the same. 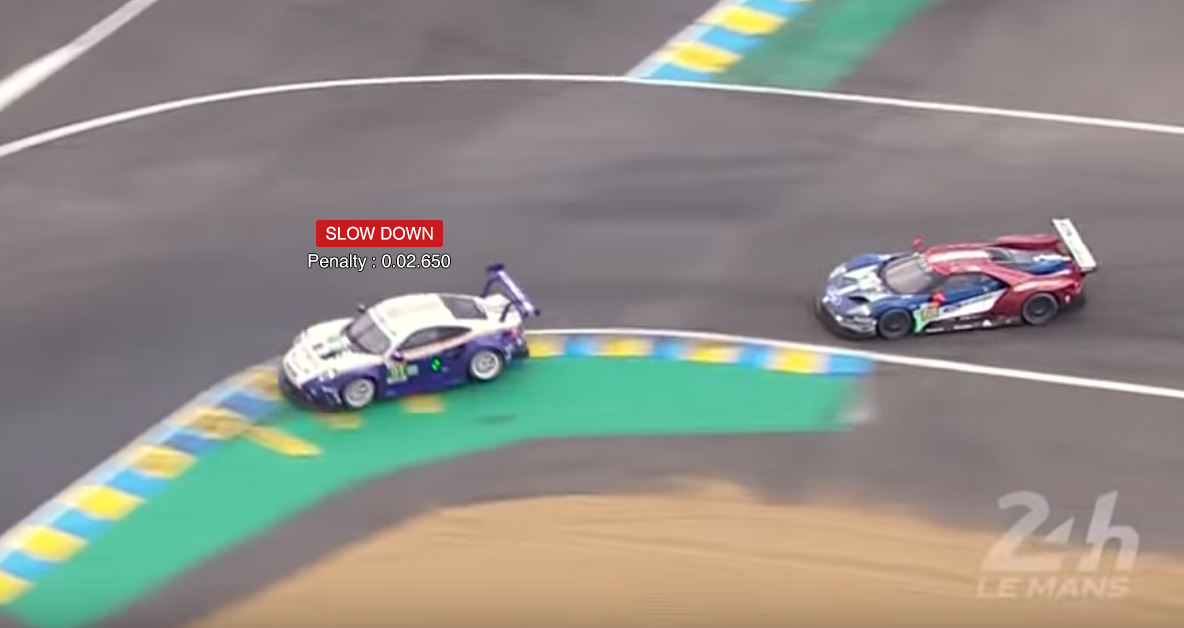 Penalties and how they’re issued

In simple terms, if a driver exceeds track limits then it should be a ‘strike’ against the car. However, in real-world racing, other factors come into account which is more subjective such as “did the car exceed track limits for a reason outside the control of the driver” in which case the race official may decide to ignore it.

Often championships will run a 3 strike rule, where the 3rd offence will result in a penalty. Then further penalties are issued if the offence is repeated.

Common real-world penalties will be:

Abusing the track limits in qualifying will usually find your lap deleted.

In Sim racing, the penalty system is slightly different and is issued differently depending on what game you’re playing.

The track limits within iRacing are unique to every corner, so it is a trial and error method for finding where to push the car. You are deemed to be exceeding track limits when the centre point of the car passes over that line.

If you exceed track limits, you will be given a ‘1x Off-Track Penalty’, or a ‘Slowdown Penalty’. Both of these will result in the lap time being deleted.

Assetto Corsa uses the traditional rules of ‘4 wheels over the painted line’. As seen in the pictures below provided by ACRL Cuts – Imgur 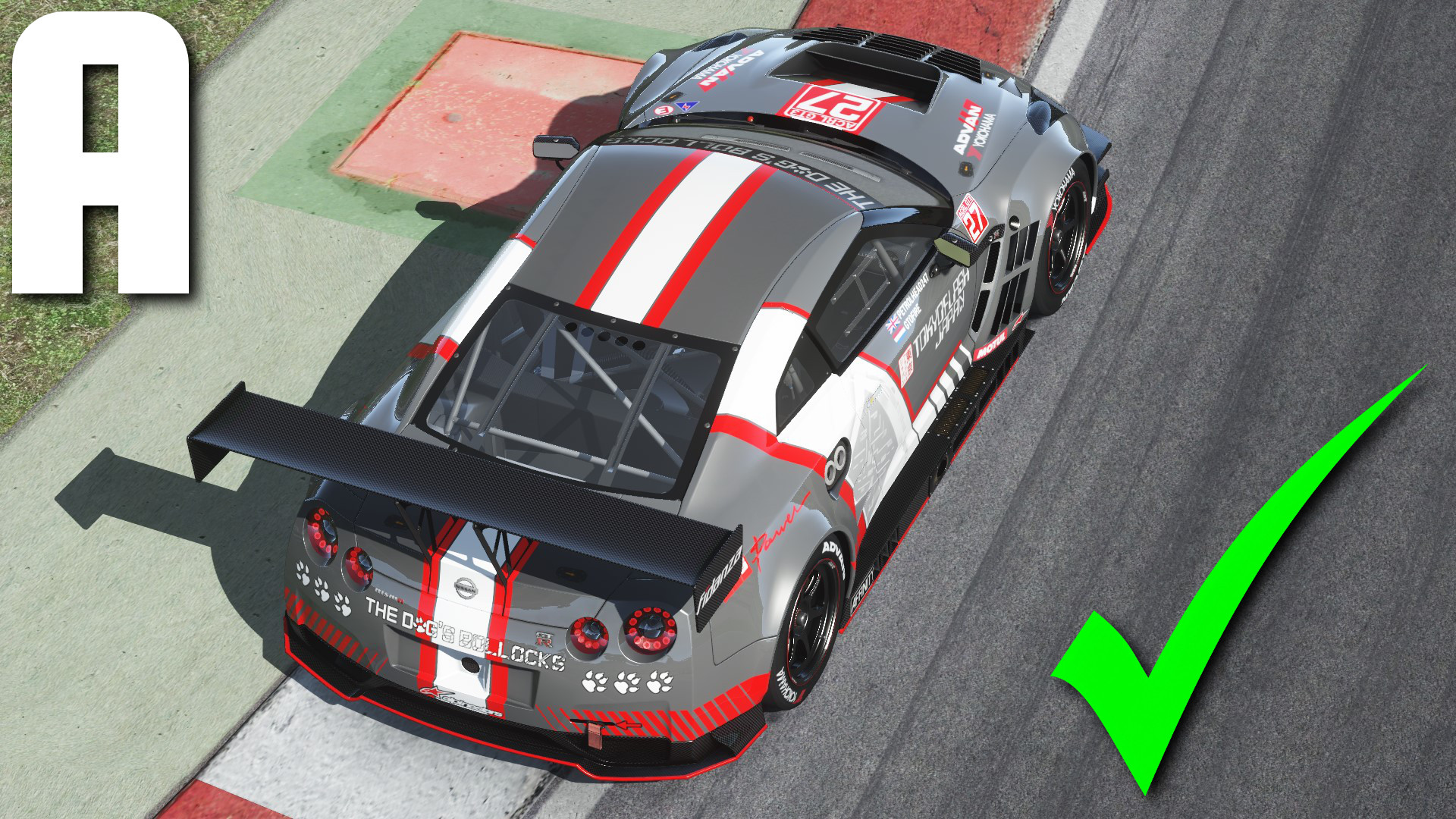 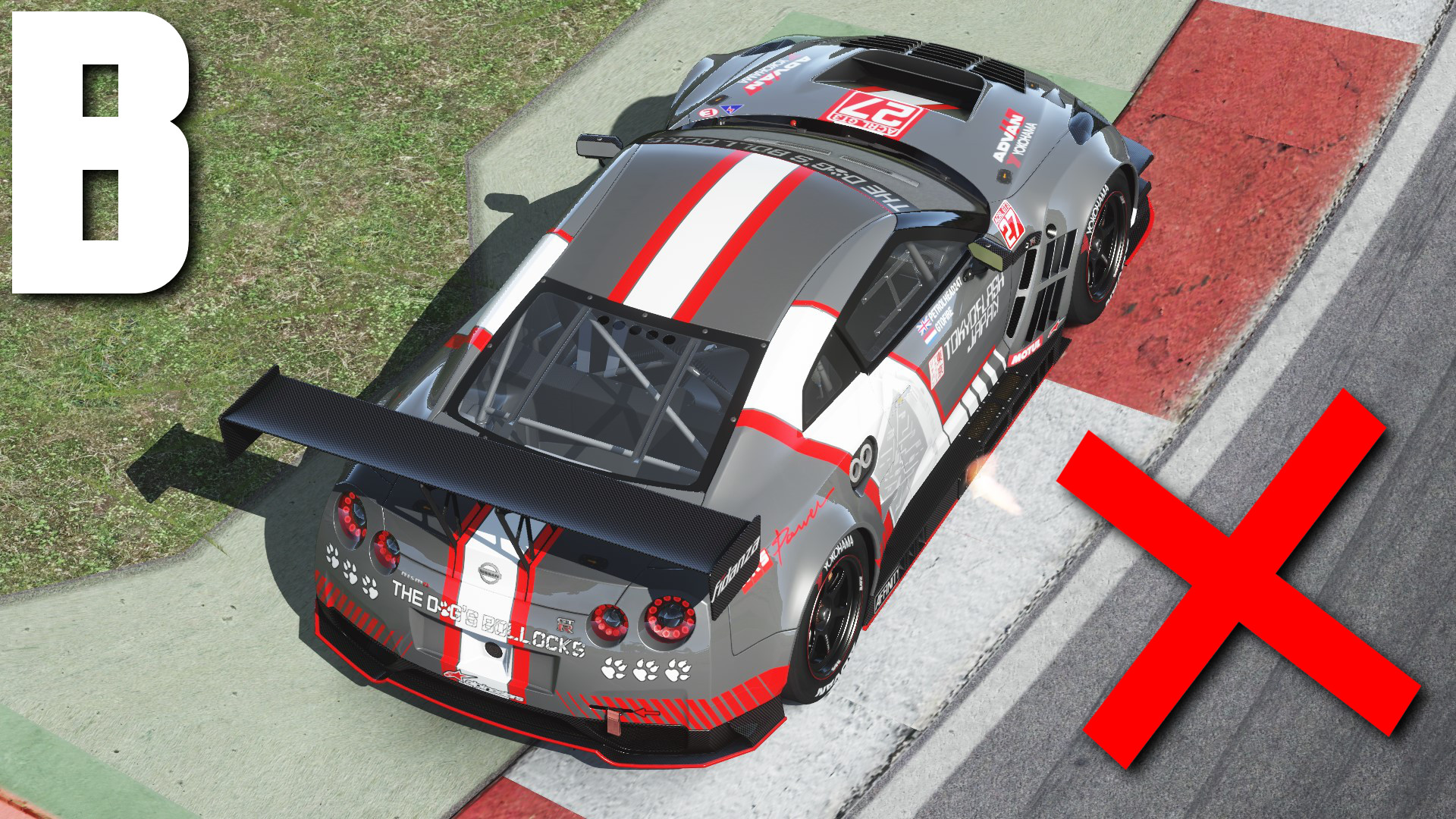 In the world of Motorsport, people will try anything to find an advantage over the field. It is commonplace for the track limits rule to be carefully scrutinised by both competitors and officials. Often at circuits, different turns will have different track limit rules. A top tip is to ask the track officials which corners they will be checking more closely. This will give you a clear idea of where you need to be careful and where you can push the car. In some cases, they will be checking the entire circuit.

At some circuits, run-off areas are marked with pressure sensors that flag to the officials when a car is exceeding track limits. It is worth knowing where these corners are because you usually won’t get away with running over these unnoticed.

Another way that circuits mark track limits is by placing marker boards, or posts on corner apexes or exits. Normally, in race circumstances, the rules suggest that if you knock down one of these posts that you have gone beyond track limits and this results in a penalty. However, in a lot of race cases, these posts are knocked down due to close racing conditions. As soon as these posts are removed, you can be sure that every driver will now be using that previously marked area to their advantage.

On the first lap of a race, officials will tend to be more lenient against track limit infringements due to the busy nature of the opening lap. A lot of cars in a small space usually means that competitors will be hassling for position, resulting in cars sliding wide or being pushed off track. In these incidents you can get away with running wide or using the track limits to your advantage, be careful here however as gaining an obvious advantage and passing a large number of cars off the track can still get you in trouble. 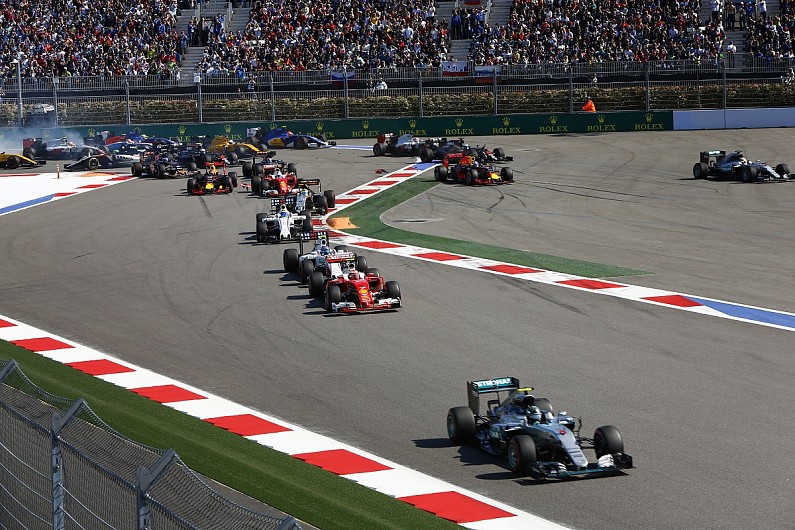 Jump on track with our Driver61 instructors for live coaching in your sim of choice. Quickly uncover core mistakes and find the next step in your pace.