How to Maximise the First Corner

The first corner of a race is often the most exciting moments you’ll experience during competition.

Along with the excitement comes much opportunity to gain – or lose – positions. A skilled driver can make up numerous places, while someone with less experience could easily move backwards.

In tutorial 23 of our Driver’s University, pro-coach Scott Mansell examines onboard footage of how to properly attack the first corner and position yourself best for making up places.

To make the most of the first corner, it obviously helps if you make a good start. See our previous tutorial on this subject here.

When you get a good start, you have momentum going forwards, which makes your track position into the first corner your own decision, rather than being dictated by others.

Before the race, you should have already thought about where you could begin to brake for the first turn.

In the video, I use the example of Spa and Rockingham. Both of these circuits have a first turn (T2 at Rockingham) where there’s a big braking zone.

I always take note of where I’m braking for this corner on a normal lap and will add a reasonable amount of braking distance to it. It’s always an estimate, but as you can see in the second onboard example if you brake too early it’s easy to lose many positions. 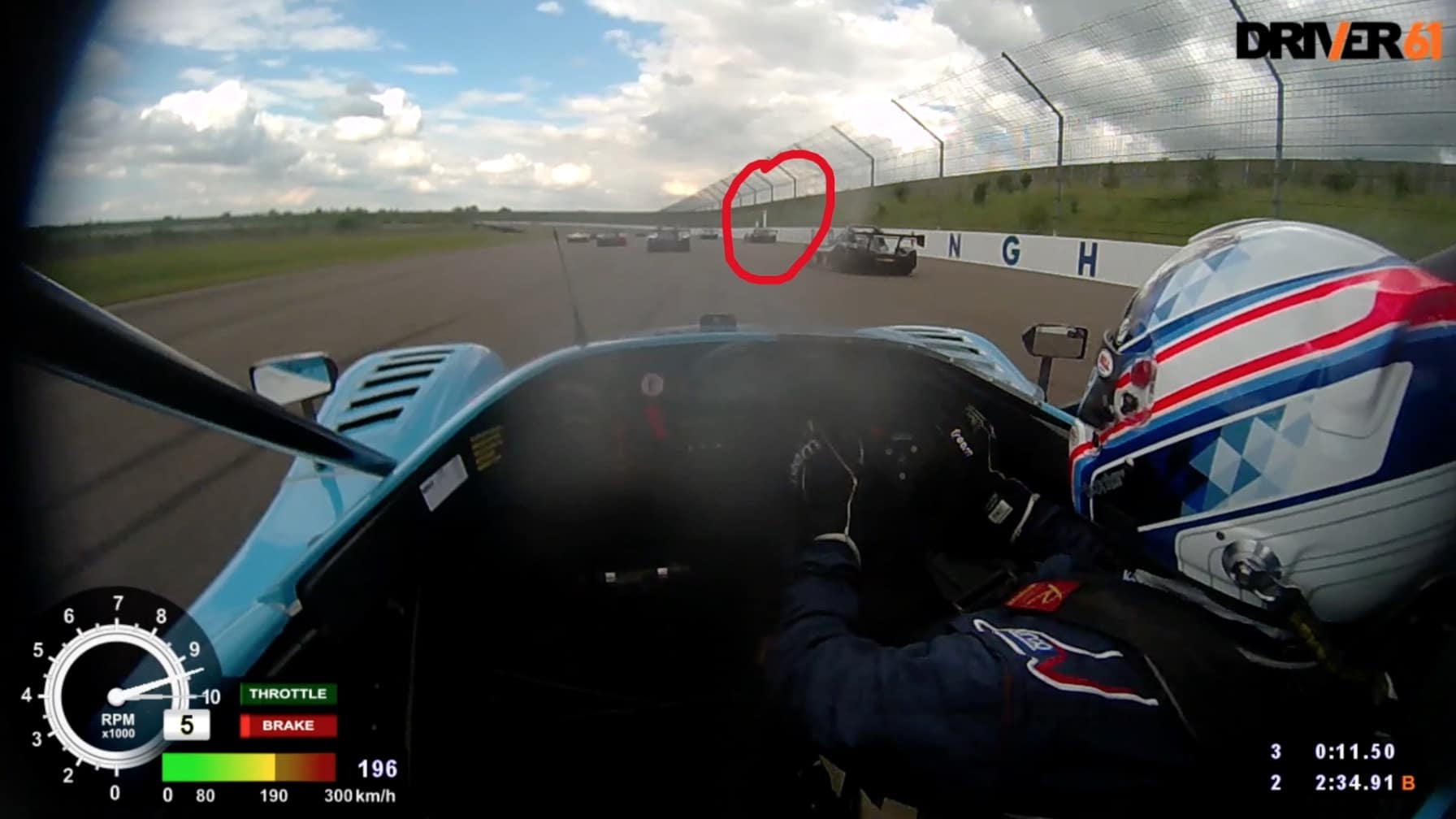 Then, at the start of the race, even though it’s extremely busy on the run to the first turn, you should use your peripheral vision to pick out this point.

Your focus should be on the first turn – and the other cars around you – but at least be conscious of this reference as the instinctive reaction is to brake too early.

The other main point that I talk about in the video is that you should always drive into space at the race start.

If the space is on the inside, that’s preferable as it’s best to protect your position.

However, the inside of the first turn can usually get busy, with car queued up on the safer line. Many times it’s actually better – if a little more risky – to go around the outside where there’s usually space. 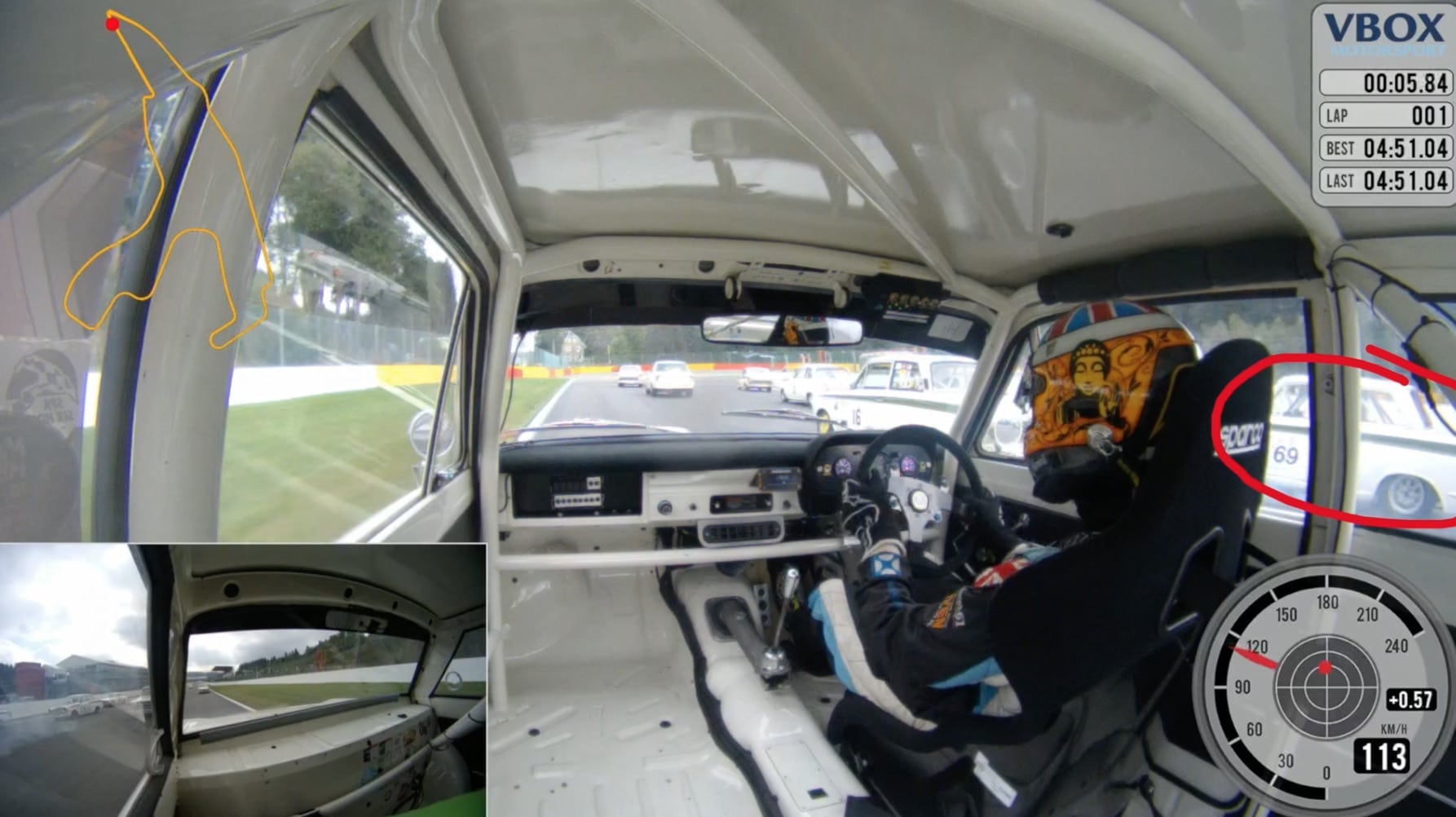 The takeaway is not to get blocked in and drive into space which sounds simple in a tutorial, but is much more difficult in practice!

Watch the video for a more detailed explanation with lots of visual cues.